So, we are already a month in to 2018 and the recent announcement from Zuckerberg in relation to the new Facebook algorithm changes are making companies reassess their digital strategies for the future.

The new algorithm will favour the content of friends and family over the content from businesses and publishers which means that the latter will now have to work a lot harder to get their content seen on Facebook.

In the short term it means that those content publishers are likely to see a drop in engagement and they will need to make some adjustments to accommodate the change.

In the long terms though it is a shakeup that can be good for everyone as it will increase innovation and it may well level the playing field for smaller publishers.

The overriding thing here is that those who are getting engagement and are genuinely looking to engage with their audiences are likely to win big.

Those publishers who have lots of shares from their users on Facebook are the ones who are going to come out strongest, with their brand messages serving as an amplification and reinforcement of their brand.

Of course, for people to want to share your content, it needs to be share-worthy. That means that high quality, original stories and going to feature more prominently and the days of “clickbait” and “fake news” are numbered.

All these things mean that marketers and digital publishers are going to have to engage a lot more with their audience to get their content working for them.

After all – Facebook is a social network – and that means that publishers who were just churning out post after post and not putting in the effort to communicate effectively with their audience will likely fall off the map.

Influencers are going to be the real winners in this scenario as they have now become more valuable than ever as the perfect middlemen between media outlets and users.

By partnering with influencers, publishers can then have their content shared by “real” users who are far more trusted by the platform and audiences and in turn are likely to garner far more engagement from their fan base.

The things NOT to do

Simply spending more on adverts without a step change in strategy is not going to work and will not increase your ROI. In fact, you can already see the conversion rates dropping on Facebook ads as the algorithms effects kick in and if you don’t adjust your adverts and targeting then you are in for a rough ride.

As previously mentioned the “clickbait” ads are going to be less prominently featured so if you are looking to gain clicks that way – the ship has sailed.

Using Facebook for strategic initiatives such as audience development, subscription acquisition and affiliate marketing to boost ROI will come in to play.

The best way to keep track of all of this is to ensure you are up to speed on your insights.

Buying traffic is always a big no, it doesn’t do your business any good and nine times out of ten the quality f the traffic is poor. As a result, you will end up losing more money and credibility with advertisers as well as potentially being penalised for doing it.

Whilst Facebook is an important part of any digital strategy it is not the be all and end all. It is one of the big players but don’t let then tempt you to pump all your cash in to it as an advertising platform. Google search still stands at the top of the list and Google AdWords is one of the most effective ways to advertise directly to a hungry audience.

Marketing Budget 2016 what should it be?

Marketing for the Mystified 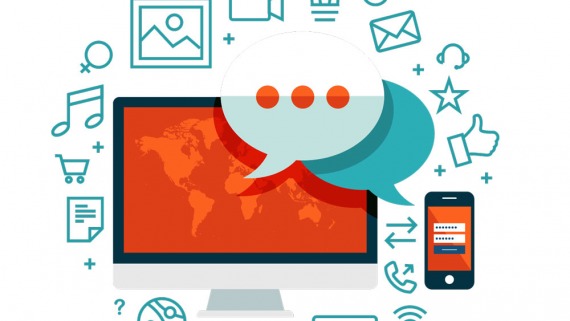 How Can Digital Marketing Work for Your Business?

Quickly grasped the concept of what we were trying to achieve and offered excellent advise and support. The work was completed swiftly and professionally and we are very happy with the end results.

Zillow’s 3D Home app can now use AI to guess the size of your house https://t.co/DCrMKzTibC https://t.co/MhRBLlAFep