The Real Difference Between Marketing and Advertising

Most people believe that Marketing and Advertising are the same thing. In truth – they are not!

They sound similar but in reality they are not.

Advertising is one of the most important components.

Advertising is for sure, the most important component of the marketing strategy, at the same time is the most expensive. Advertising is about sending the message to a public regarding a company, services or products. At the same time, advertising represents the behind the scenes work process, which includes the development of several strategies and methods to finally capture the attention of a target audience. These strategies includes planning several actions like the following: purchasing ads, deciding where to buy the ad space, the media to be used the time, the frequency and several other factors. The mediums used to put the advertising are the following: mail, newspapers, television, internet, email, magazines flyers, billboards, etc. Television is considered the most popular one, although the internet is the one becoming popular faster.

Consider marketing as the whole cake.

One excellent approach to make a difference between marketing and advertising is seeing marketing as a whole cake and advertising as a piece of one cake. Some other pieces of the cake are: product designing, product pricing, customer satisfaction, market research, sales, etc. These pieces of the cake are expected to work independently, but at the same time as a whole, to achieve a much bigger goal. To illustrate this, we can think about the process of selling a specific process, and at the same time, build reputation of the company involved in a specific market. This is way marketing can be seen as a marathon process, which involves several tasks that take several hours or even days of research. This research, is the marketing process which requires more time. The reason of this, is related to the fact that it involves the deeply understating of the way people behave towards a specific product. Other two elements that also require a lot of time are: product design and developing an advertising strategy. The components that require much less time are: executing advertisements and sales. Similarly, marketing can be seen as a medium between the product consumers and the company.

Companies often make the mistake of confusing advertising with marketing.

Most of the times, companies, specially new ones, make the mistake of confusing both. What they do is compete with huge well-known companies in advertising, ignoring what’s behind. To illustrate this, we can think about a logo. For several business owner, the logo represents the most important factor of the company in their advertisements. They have the believe that a better logo will bring more sales. True is, that the logo is good, only if the reputation behind a company is good, in other words, the reputation of a company makes the logo. It’s imperative that the log, reflects the company’s values. It’s important to keep in mid, that these big companies invest a lot of capital on advertising, new companies can’t afford to do the same. Based on this, the most important thing is to invest money and time in establishing a communication with the consumers. The message should tell the consumers, that the company understand their needs. It’s about educating the consumers, it’s about giving them an understanding that the company knows what is doing and that it’s the best doing it.

Smart marketers are aggressive in approach rather than passive.

Smart marketers have the ability to really provoke reader’s minds by suggesting that they perform certain actions, instead of just telling them the existence of the product. They also know how to bring to the company, contacts (including names, addresses and phone numbers), who are interested in using the services of the company. They do this, by using what is known as aggressive marketing. Here is the key of a good marketing campaign, it definitely speaks a lot about a specific company and the services and products it offers, then the advertising is what provides the special touch to that very hard work the marketing professionals did.

5 reasons your business should be using PPC advertising

Ensuring compliance with the GDPR Regulation in 2018

TR8 Media were recommended to me by a colleague and I haven't been disappointed. They have been working on the SEO for my business and in two short months the results have been better than expected. Will be staying with them and would highly recommend. 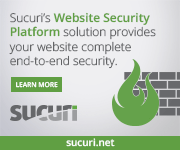 What Will Happen to the Far-Right After Trump? https://t.co/hoaEAQY2Gf